When KTM’s 790 Duke burst onto the scene it gave middleweight fans an unhinged alternative to the Yamaha MT-07, but there was no R version… until now.

The 890 Duke R comes with an extra 16bhp, sticky tyres, big brakes, racy suspension, and cleverer electronics. While we wait to ride it ourselves, we asked development rider Jeremy McWilliams to reveal his testing secrets.

More bhp… but not too much 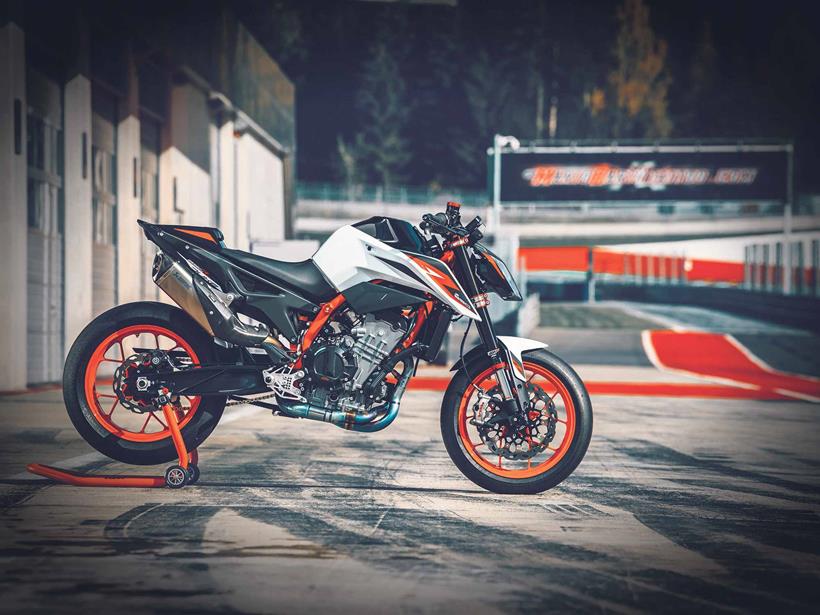 “That 119bhp figure is exactly what the 890 needs and with so little weight to push along it needs minimal effort to do what you want it to do.

“I’ve always been a fan of big cc bikes with a lot of go because you can ride them as you want – you can either be a bit of a hooligan or ride more sedately.

“On the 890 you can do exactly the same and if you want to lift it in third gear and play on the track it’ll do it… and wheelie it all the way to sixth.” 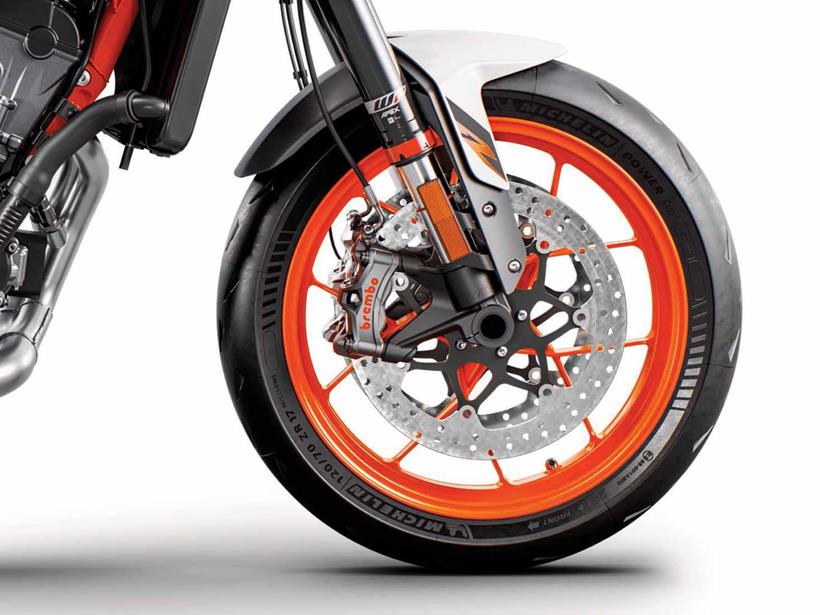 “We fitted the best brakes: twin 320mm discs with Brembo monobloc Stylemas. We test everything, right down to the master cylinder, pad material and how much brake pressure we need to stop in a certain distance.

“It stops so well and it does it using less brake pressure than on any bike I’ve tested: around 10/11 bar, which is MotoGP territory.

“You’d need 16 bar pressure on the 790 to achieve the same. It’s designed as a one-finger system and on track, in supermoto mode, you can ride all day and without ABS intervention.” 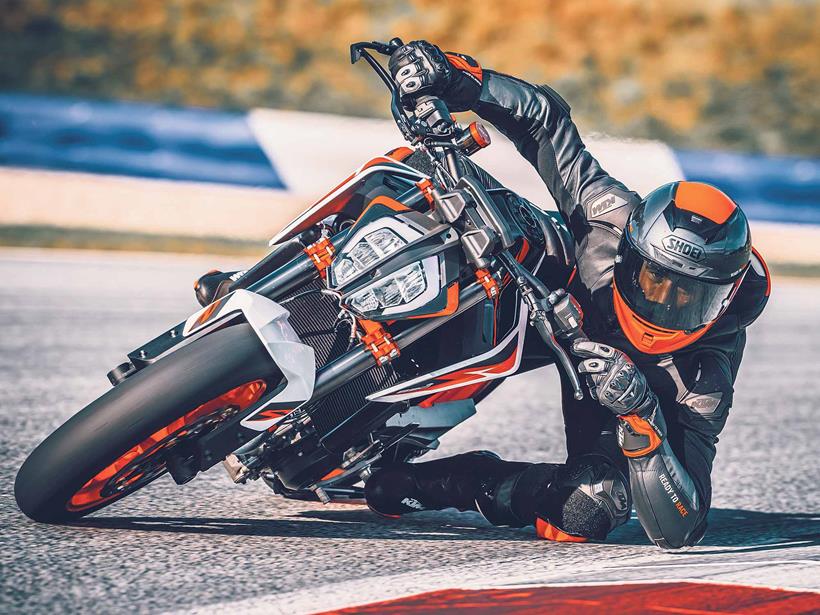 “We wanted a pure ‘R’ feel. We lifted it for more ground clearance, so the suspension had to be redesigned. Working with the WP guys we strip the forks, looking for compression points, less or more rebound, travel and spring rates. You test, come back with feedback and they’ll suggest a direction.

“The 890 works so well on the road and we were within around three seconds of a supersport lap time on an early dev bike at Oschersleben. I could match my Super Duke lap time on some shorter circuits.” 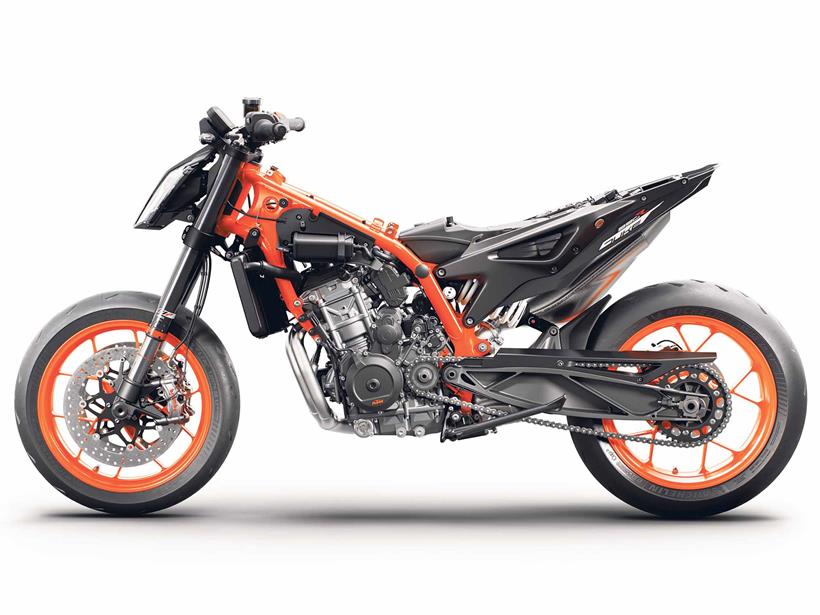 “We had to complete and sign off the project by a certain date. It takes a long time to lock the software down once we’ve chosen our preferred settings in all nine levels of traction control and various ABS modes.

“We test behind closed doors at our test facility in Germany and back it up on the road. Then we go to another track because they all have different grip levels. For the track we’ve allowed seven degrees of wheelie height. It doesn’t sound like much, but you lose acceleration beyond that and the electronics pull you back with less.” 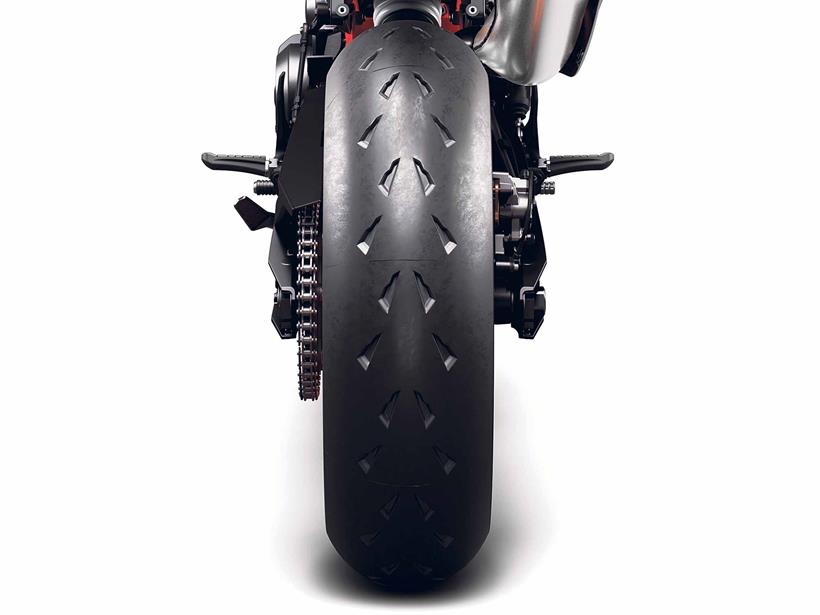 “We test every existing and yet-to-be released tyre combination available. We work with tyre manufacturers way ahead of their own product launch on certain materials. I could talk forever about it, it’s quite an involved topic on every aspect.

“The 890’s new Michelin Powercup II will completely blow you away – we’re pulling 58 degrees lean angle on that tyre. When you have that sort of confidence in the tyre and motorcycle, it makes for a really fun ride and you can’t help but smile, because you can put the bike exactly where you want it.”

The new Duke 890 R sounds like it could have what it takes to be a genuine, but cheaper alternative to a big-cubed super naked. McWilliams concludes: “I think when everyone thinks about the 890 and 790 their initial reaction will be that it surely can’t be that different or better, but in actual fact it’s probably the most fun middleweight motorcycle you will ever ride.” We can’t wait to have a go.

Under the skin of the 2020 KTM 890 Duke R: lighter, faster and much more expensive 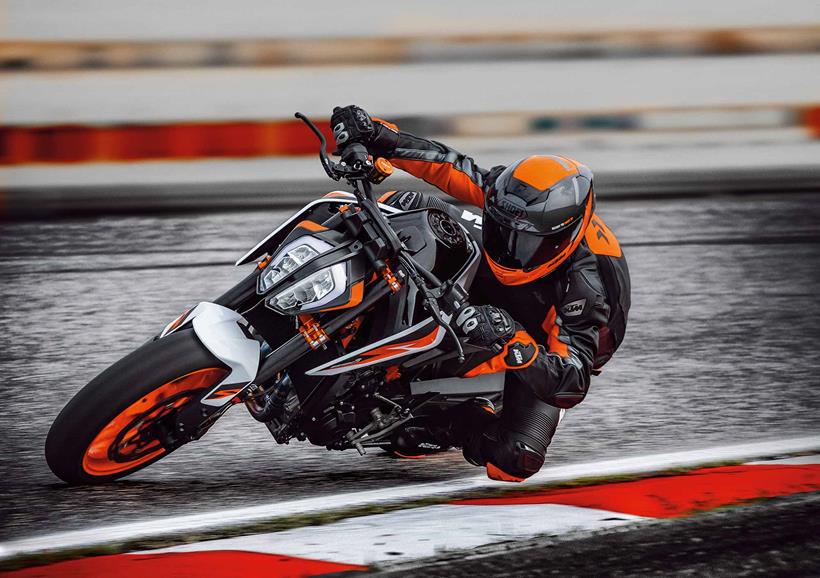 KTM have reignited our excitement for the 2020 890 Duke R with a new short film on YouTube debuted on Tuesday, March 31; detailing its place and purpose in the middleweight segment, as well as how it differs from the pre-existing, cheaper 790 Duke.

With the 790 naked launched back in 2018, the 890 is a more powerful, revvier derivative, complete with more premium suspension and less weight – which KTM say will be more at home on the racetrack, without sacrificing real world usability. Consider our interest piqued.

Producing more power and torque per cc than the 2018 machine, the 890’s higher state of tune comes from an increased compression ratio, larger valves and aggressive cams with more lift. It also revs a further 250rpm and there are gains to both bottom-end and midrange power.

The front suspension travel has not been reduced, either, to keep things comfortable on the road. At the rear, the 790 shock has also been replaced with a fully-adjustable WP APEX unit, complete with handy linear spring and preload adjuster. 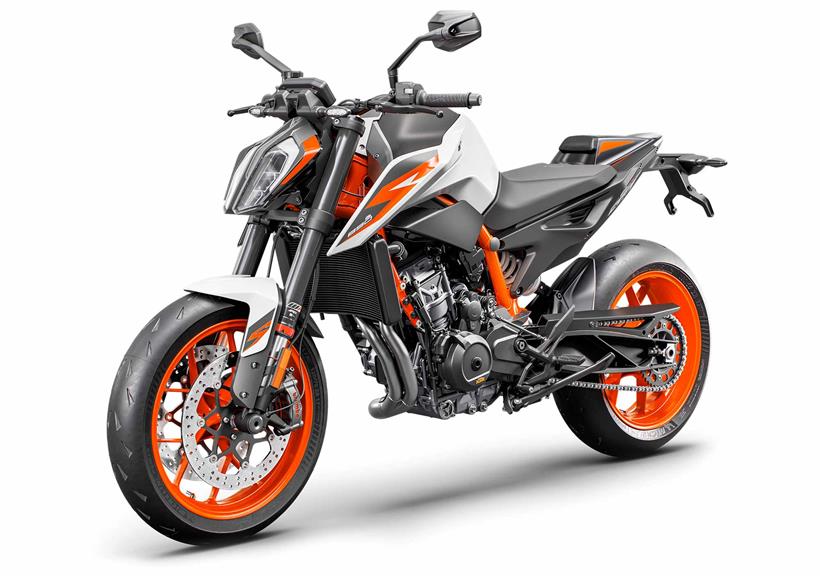 For added track prowess, the seat height has been raised to 834mm – up from 825mm on the 790. Geometry has also been altered and there’s now a steeper swingarm angle for better stability, plus higher footrests and increased ground clearance.

Impressively, despite the extra bling, the 890 is actually 3kg lighter than the 790, with almost half of that saved as un-sprung mass.

On top of performance and handling improvements, the 890 also enjoys a revised paint scheme, striking orange frame and single seat unit as standard.

As always, keep an eye out for the full MCN KTM 890 Duke R review very soon. 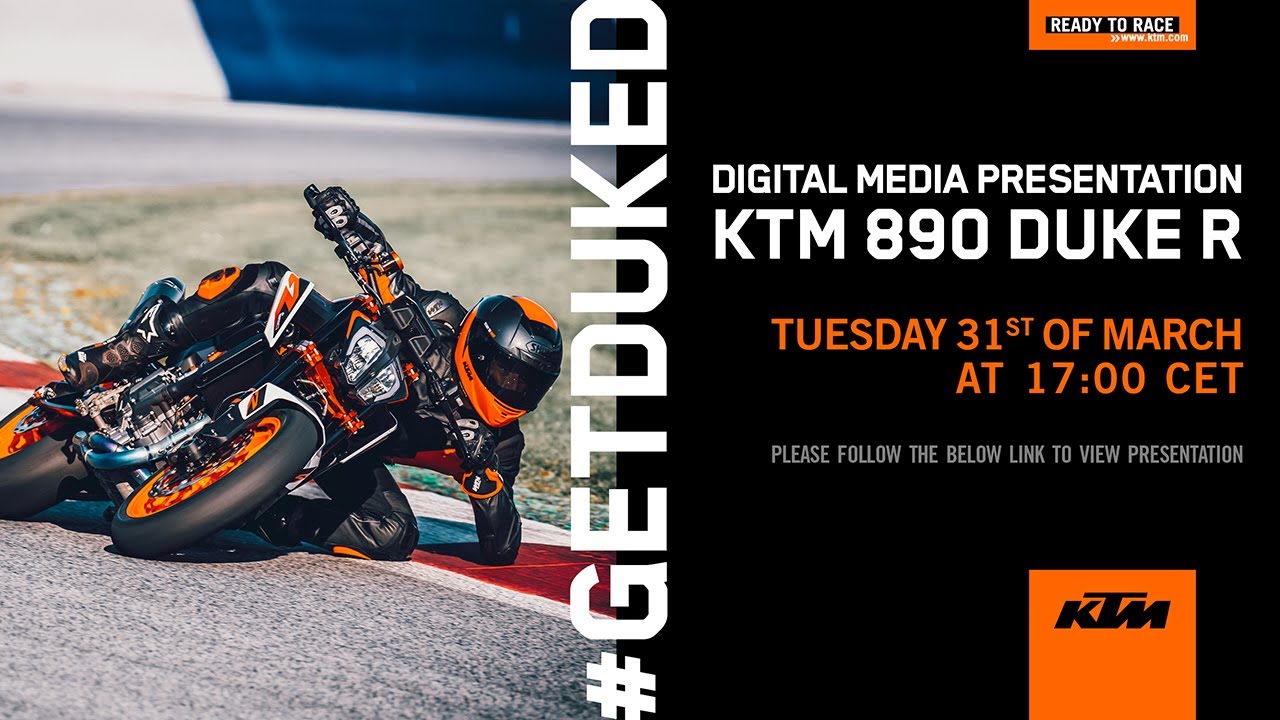 Read the latest stories causing a buzz this week in News…