If there was ever a sector of motorcycling made for electric bikes, it is trials. As a discipline trials is all about slow-speed control, explosive-yet-useable power and light weight.

E-bike tech is improving fast, but its biggest weakness on the road remains range but trials is different, with riders rarely using 100% throttle and even if they do it’s only for very short periods, which means there’s plenty of time for the batteries to recover.

The Epure Race is the top of the range model for serious competition. It has three modes which in conventional petrol terms equate to 200cc, 250cc and 300cc and there is a definite difference between the three.

In 250 mode, the power is strong and completely linear with its relentless acceleration capable of taking you by surprise. Unlike its petrol rivals, with the Epure Race there are no dips in the power or torque curve. 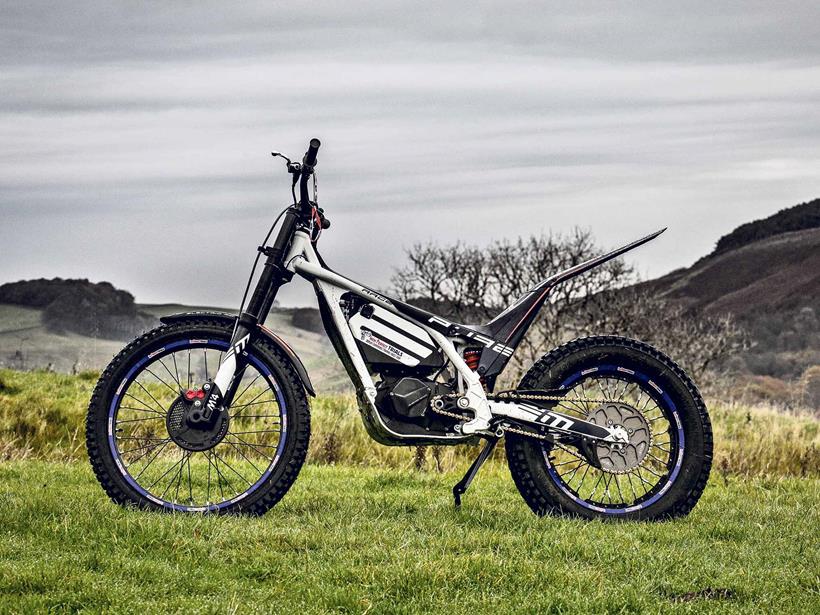 After ridng the Epure for two hours, with frequent stops (as you would in a trial) the bike still had 65% battery charge remaining, meaning you would have more than enough capacity for a club trial.

Weight is another area where electric bikes have historically been compromised. At a claimed 70kg ready to compete, the Epure Race is heavier than the 67.5kg dry claimed weight of a 300cc GasGas for example. But the Epure Race requires no fuel, coolant or engine oil, putting it on level with its fully-fuelled petrol-burning competition. 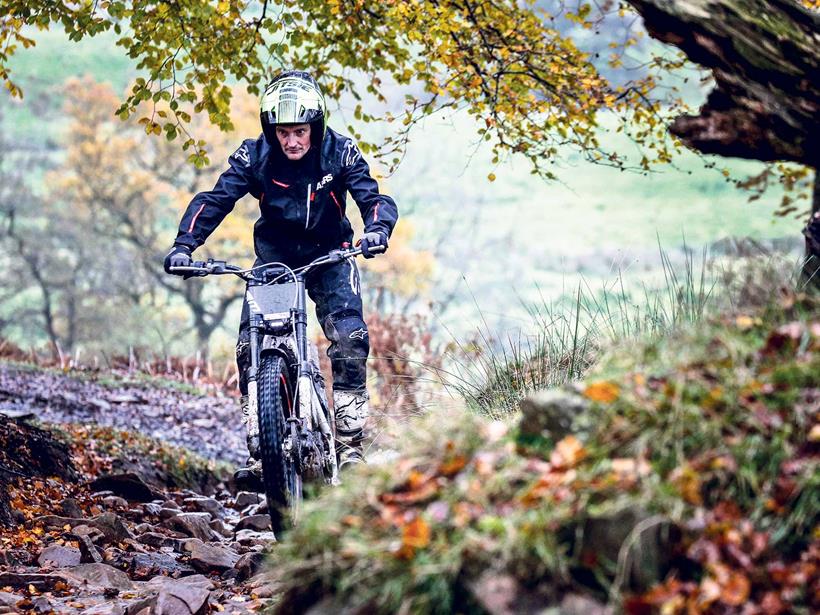 It’s all in the clutch

Because it’s electric and only has one gear, the bike can be ridden without using the clutch – it’s essentially a twist and go. But successful trials riding requires extensive use of the clutch to dial in the right amount of power to fire up a step or search for grip over wet slippery climbs.

In what is arguably the biggest single breakthrough in electric trials technology, the Epure Race features a high performance diaphragm clutch, meaning you have control of the relationship between the engine and back wheel – just like you do on a petrol bike.

It’s hard not to be seriously impressed by the Epure Race. Building a bike that is a match for its rivals in a competition market and not just in a leisure sector is ground-breaking.

During the first hour of riding I would have readily swapped back to a petrol bike as I didn’t feel I had the same level of control, but by the end of the day, having understood the motor and the clutch, I didn’t want to go back.

The weight of the bike is comparable to its petrol rivals, but its power is superior and the clutch gives the control necessary in such a demanding yet controlled discipline. The price isn’t prohibitive either. At £7995 it’s on par with its top end petrol rivals meaning there really is a serious decision to be made.